It’s been owned by the same person for over 37 years. He’s only used it occasionally at home in all that time, but it had been well played beforehand.

It’s been re-fretted at some point, and had an extra pick up added at some stage, now removed – this work could well have been done by John Birch (well known for his guitar mods and later went on to set up Jaydee – did lots of jobs for Black Sabbath, Slade etc, plenty of info online)

It has been fitted with a John Birch bridge, which allows for accurate intonation as each string has an adjustable saddle. However, it does mean that the bass has quite a high action – acceptable, but higher than I would normally set up a bass with. (Sounds good mind with no buzzing) I’ve looked into this and there are ways around it if the new owner wants a lower action:

1) Install new bridge bolts which sit lower – the John Birch bolts aren’t threaded all the way up to the top so are as low as they can go.
2) Buy a genuine bridge (they crop up on ebay etc) or install a modern replacement such as Hipshot.

I decided to leave it as it is, as the bridge is part of its history and the new owner might just like it as it is….

Bad points:
1) You can see where the extra pick up it once has was, including where the pot and switch were
2) Extra channel under the pickguard for the extra PU wire 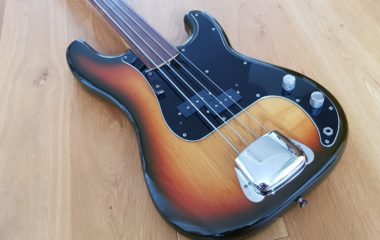 A quality vintage USA Fender in untouched, all original condition.... 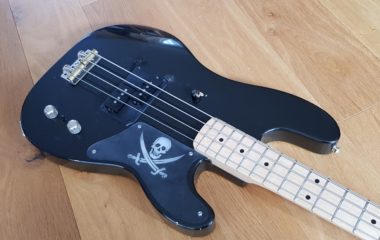 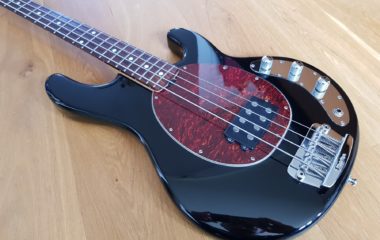